Students change classrooms at Mariam Boyd Elementary in Warrenton on Dec. 7, 2021. The school opened in 1957 and needs renovation. In 2019, the Warren County school board closed another elementary school due to concerns the aging heating system could fail. 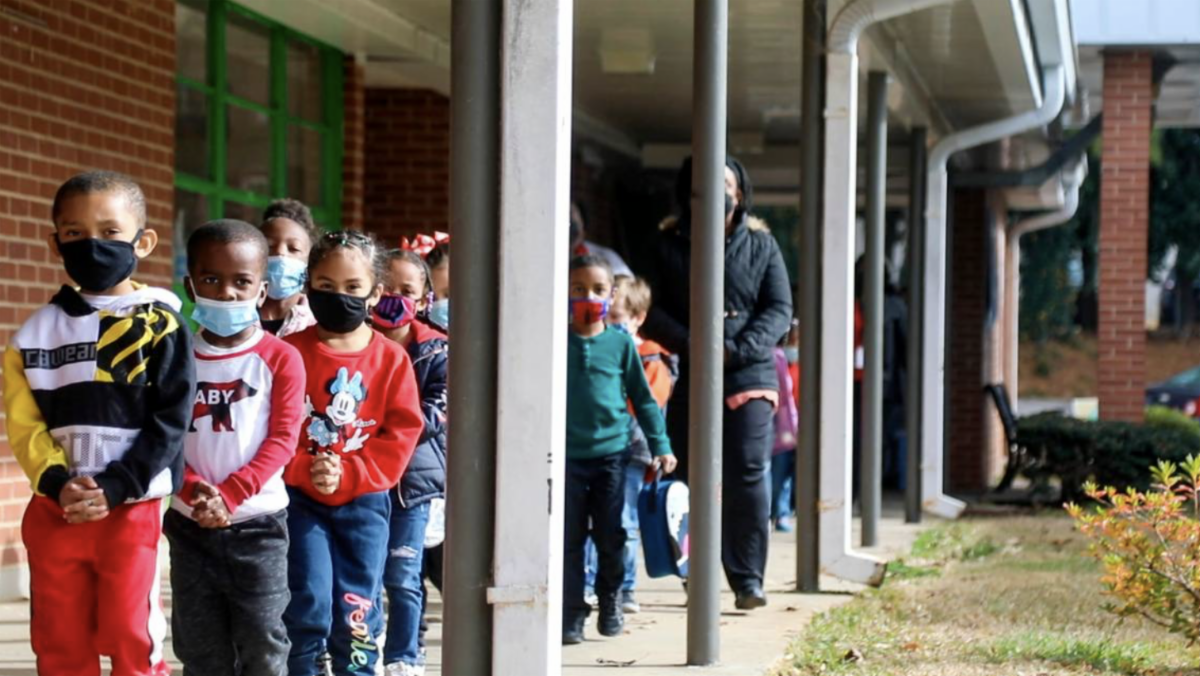 Recent articles reminded me about an ongoing, unseen tragedy in our state. Thousands were evacuated after a fire broke out Jan. 31 at a Winston-Salem fertilizer plant. The plant contained 600 tons of explosive chemicals but had no sprinklers or fire alarms because the building where the chemicals were stored was built in 1939 and building code did not require them.

State law does not require such buildings to be upgraded to modern safety standards unless a major renovation is done — even after science shows the original standard was wrong.

It’s the same for North Carolina schools. There is no requirement to update and renovate school buildings — even when new knowledge emerges that says they should be improved or harm will result.

One in five Americans either attend or work in a K-12 school. According to the EPA, more than half of these schools have issues that negatively impact learning or the health of occupants.

This awful situation exists because the “healthiness” of indoor air quality was set in the 1950s for building code purposes. The 1950 indicator of “healthy indoor air quality” was set at a level 20 times higher than today’s recommended standard in new buildings, including schools. Many of those schools are still in use.

This original target was cut in half in the 1970s, and in half again in the ‘90s. Now 30 years old, the obsolete building code standard allows a school built today to be constructed at a level of indoor air quality five times higher than experts now recommend.

And, like the fertilizer plant, once these older buildings are constructed there is no requirement that these schools be modernized. Because of obsolete air conditioning, half of all American schools have air quality issues that lower learning by one or two letter grades. These buildings are mostly in older parts of town or poorer communities.

This is not just a technical building code issue — it’s about all Americans being treated equally. I run a nonprofit called The Pollution Detectives. We have surveyed several hundred classrooms in half a dozen school systems in North Carolina.

In 40% of them we found indoor air quality issues that could lower student performance one letter grade —and two letter grades in 10% of them.

And, this is not just about school air quality. Only six states require that K-12 schools be tested for lead in the drinking water. North Carolina is not one. That’s dangerous.

About half of North Carolina has radon gas coming from underground which sneaks into buildings and can cause cancer. It is the second leading cause of lung cancer in America. Across America, the laws requiring a building be tested for radon are only triggered when a building is being sold — and schools don’t get sold. That’s a danger.

When the fire alarms went off in Winston Salem, first responders (many of them volunteers) showed up and put themselves in harm’s way. I am telling you that half of all of our K-12 schools have indoor environments that lower learning or pose health risks to our teachers and kids. Are you going to show up to fight this fire.